We’ve organized the first album from our trip: Vienna. Click the image below to see the full album. 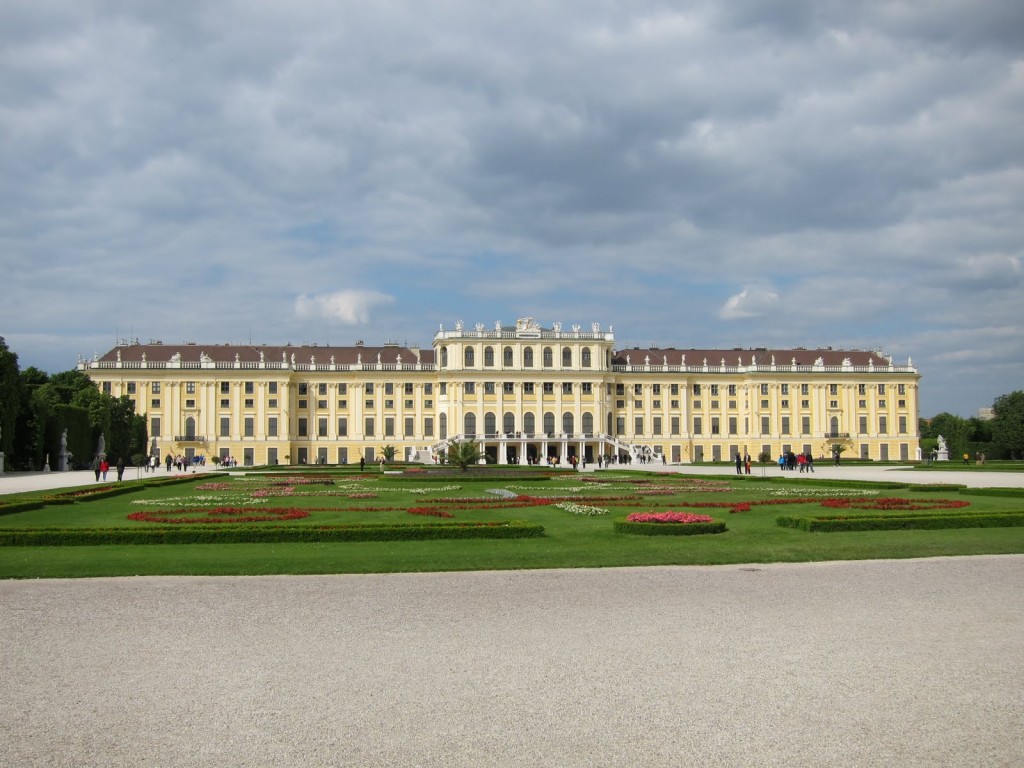 A breakfast of cheeses, meats, and bread with jam was thoroughly enjoyed by Raul and Lauren. This meal was reminiscent of breakfasts they were served throughout Romania. Having a full day ahead of them, they set out to tour the Ringstrasse, the boulevard that Emperor Franz Josef built to replace the city’s medieval wall.

They started the circuit near the Staatsoper, the Opera, on a tram. Originally they had planned to cycle around the Ring, but Lauren was not enthused about biking in 45 degree weather and high winds. Leaving the tram at Stadtpark, Vienna’s beautiful city park that honors many great Viennese musicians and composers with statues, they strolled through the park and took in the flowers and waterfowl.

At the edge of the park, they noticed the city bike station which offers free bicycles for people to use, so Raul convinced Lauren they should ride, after all. They continued around the Ring, stopping at many sights along the way, and finished back at the Staatsoper. Since it was getting late in the day, they skipped ahead in their itinerary and took the subway to Schönbrunn Palace.

This magnificent palace, which is said to be Versaille’s only rival, was the summer residence of the Hapsburgs. Despite forgetting to reserve their tickets in advance, they had no problem or wait getting in. They took a tour of forty rooms, all furnished in imperial splendor. After the tour, they spent a few hours strolling the expansive palace gardens.

Having worked up an appetite to match the magnificence of Schönbrunn, they returned to central Vienna and attempted to dine at a less than inviting restaurant near the Hofburg Palace but decided to take their business elsewhere. They decided on Gyros, a Greek/Turkish hole in the wall, with a genial and attentive proprietor.

The journal entries for Days 0 and 1 remain handwritten in their hotel room but will be posted at the earliest convenience.

After a three hour lay-over in Amsterdam, Raul and Lauren arrived in Vienna at 13:30. Lauren deftly guided them to Schweizer Pension, with help from Raul’s hints along the way.

The weather was cooler than they had anticipated and included unexpected precipitation, so they unpacked the appropriate clothing. In order not to waste their short time in Vienna, they set out directly for the Hofburg Treasury, a collection of Imperial baubles. Lauren was impressed by a single emerald jewel, the size of a baseball, while Raul particularly enjoyed the 900-year-old red silk and gold thread mantle, worn by the Holy Roman Emperors at their coronations.

After visiting the Treasury, they went to the Dorotheum, an auction house–essentially a museum in which one could purchase the exhibits–but they quickly realized that they were beyond their means, with individual items costing anywhere from several thousand dollars to several hundred thousand.

Both were pretty hungry by this point, so they picked an Italian place to have dinner. For the antipasti, they ordered the caprese clasica, a plate of basil, tomato, and fresh mozzarella slices served with delicious garlic bread. Raul chose salmon, while Lauren had Argentinian beef fillets, and, for the first time, she ordered the beef medium-well, instead of well-done, thanks to the advice of a friend. Overall, it was a highlight in their life-long culinary experience.

With legs weary from their Monday night soccer games, as well as from travelling, they skipped the Opera and stumbled back to the pension for a much-needed rest.