In the second part of our series on our trip to England, we recount Raul’s independent excursions in beautiful Yorkshire.

While Lauren attended presentations and events at the International Medieval Congress in Leeds, Raul sought his own lessons in medieval history with a visit to the ruins of a Cistercian abbey and the scenic water gardens on the surrounding estate: Fountains Abbey. 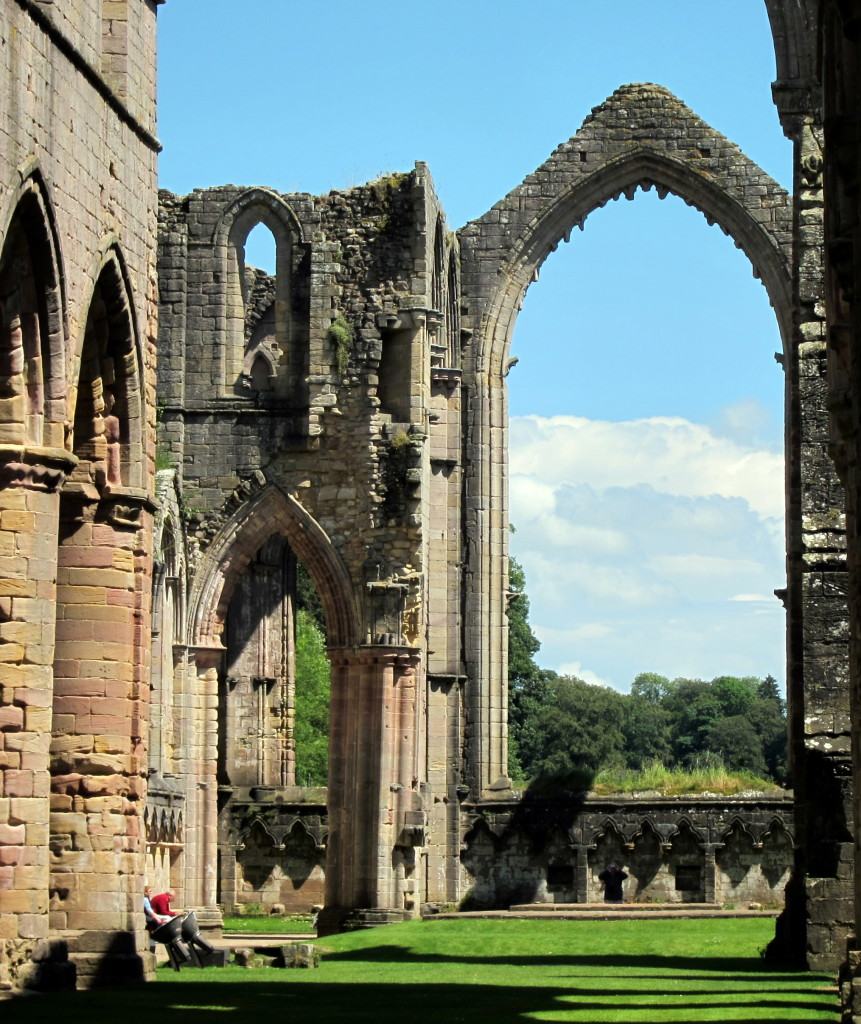 Raul’s chief difficulty of the excursion was driving (a right-hand drive vehicle once again) and navigating the approximately fifty-five miles on his own. Along the way, he stopped for picnic victuals from a massive ASDA supermarket, the most interesting of these purchases being a flavorful and mature English cheese.

The estate that Fountains Abbey resides on is one of twenty-eight UNESCO World Heritage sites in England. At the site, Raul walked a short while from the entrance to the ruins. In the shade of the tower, he attended to his picnic lunch while observing the other visitors. There was at least one school group, with students all dressed in monk’s garb.

As luck would have it, there was scheduled to begin a free guided tour just as Raul finished lunch. The tour guide was a knowledgeable elderly woman, and there were no questions she could not answer satisfactorily. She skillfully depicted to the visitors what daily life would have been like for the residents of the abbey all those centuries ago. The social hierarchy of the residents and visitors, the functions of the various buildings, some of which only have small traces left which tell us a great deal, the problems and solutions of sanitation, medicine and food, the economic challenges and success that the abbey achieved, and the rituals and roles that the monks performed are some of the numerous topics that were discussed.

Unfortunately, the day was wearing on and Raul needed to make haste in order to visit the rest of the estate before making his way back to Leeds in time to pick up Lauren. The water gardens were added hundreds of years after the monasteries were closed by Henry VIII, so in a way the estate and gardens are a second attraction next to the ruins. Raul quickly walked the length of the park and eventually made his way back to the car.

On the second day of the conference, Raul visited another estate containing a monastic ruin, Bolton Abbey. The ruins of Bolton Priory lie on the estate, and there are a number of other attractions throughout the park. A hole in the wall grants visitors access to a trail leading into the estate:

Hole in the wall

The priory lies on the banks of the River Wharfe, adjacent to a shapely bend in the river.

Raul hiked within the picturesque grounds to a café, where he conveniently took shelter while a thunderstorm rolled through. Once the sun was shining again, he found a picnic table and ate lunch with greedy ducks eyeing every crumb and waddling around his feet. Only an approaching dog was able to scare them away.

He hiked back along the other bank of the river and observed the priory more closely. 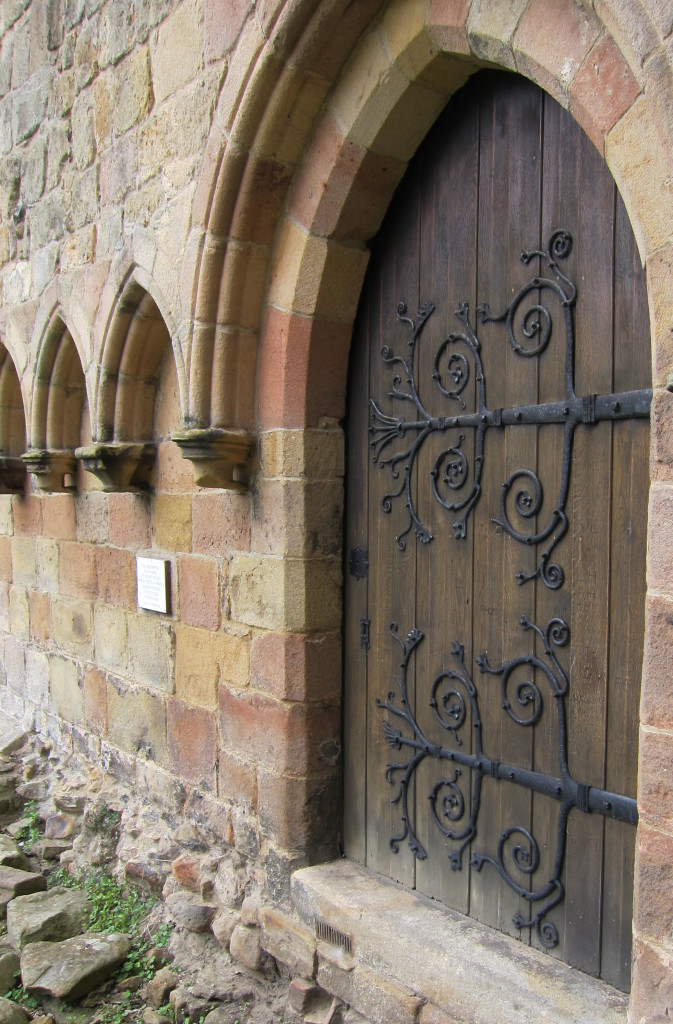 On the third day, Lauren planned only to spend half of the day attending a few presentations that she did not want to miss. Raul spent the morning reading in a park, and then they left Leeds together in the direction of the Lake District. Along the way, they stopped to hike the Ingleton Falls Trail. Along the trail were five different waterfalls and several crossings of the rivers. The terrain is quite varied, from very wooded to wide open vistas. This photo was taken approximately halfway through the five-mile loop. 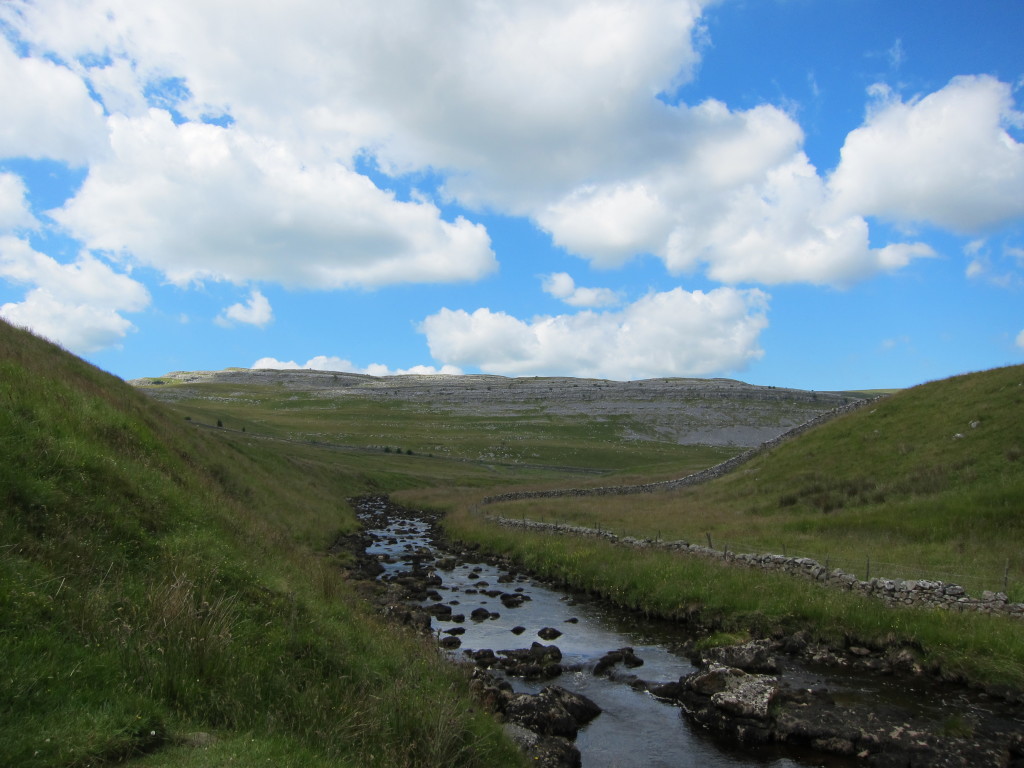 In our final installment in this series, we will visit the Lake District.